Enigma and my little story

Enigma The time that we pass always move although unaware What’s the case waiting us in the next just ready go Don’t care anything will come cause now is most important Likes a rotation is pulling us, we just can follow stream and can’t to evade Someday we will end this journey At that time, hope you and me always together and happy So anything that happened yesterday don’t forget Because they are chips that important Just a little, maybe useless But it makes something will be memory So anything will happen onegai don’t regret Although we’re strongest never can back the time that used Cause it we’ll always try and fight ashita no tame ni We never know what will happen next So don’t cry anymore and smile Tomorrow is waiting for us With the prays that never to stop We can success, believe in ai no chikara And the enigma, we’ll solve together So anything that happened akiramenaide Because the winner’s the people that fight until end With our power we can solve all problems shinjite
1 komentar
Baca selengkapnya 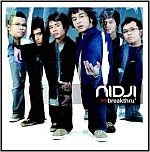 Today, I want to tell about my inspirations in music...yeah...how about I write own songs and lyrics, they are a big influence in my life in music.So, Let's start...who are them?   The first...absolutely, Mai Kuraki >_< I tell about Mai Kuraki : I was a   Mai Kuraki maniac > _ < , I love it and listen to her work since I was a junior high school, through the anime Detective Conan , but I began to focus on her and followed her development since high school , exactly after I watched the PV Secret Of My Heart , and until now I still favorite her as my favorite musician .   I listen Mai's music a lot and also read the meaning of the lyrics she wrote , so I unwittingly became affected , Mai Kuraki is an optimist , in her songs , she often wrote the words that make people become optimistic even though at first she wrote the words are sad and pessimistic , but ... she
1 komentar
Baca selengkapnya